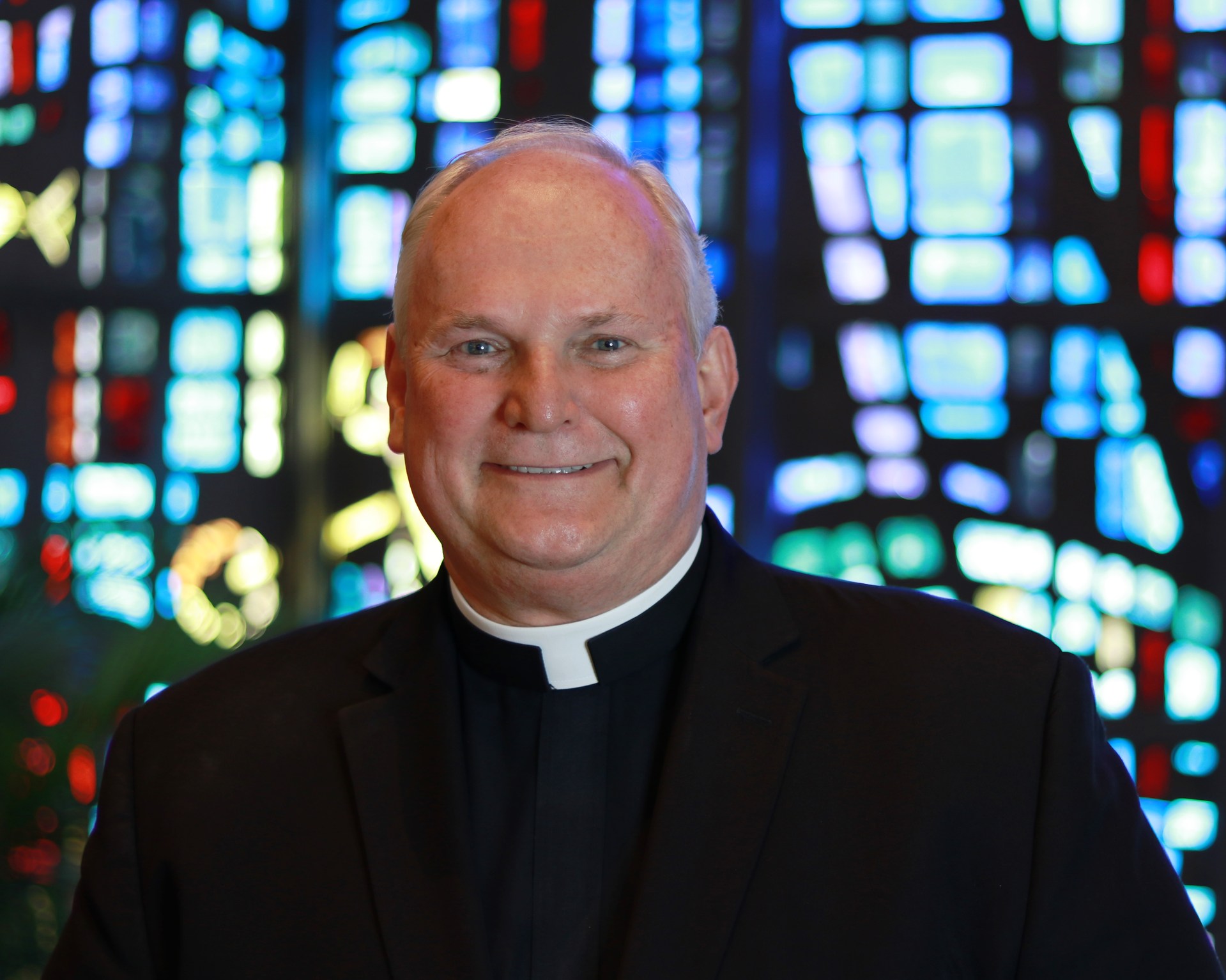 Rev. Mark S. Brauer
Pastor
248-474-5720
markbrauer@olsorrows.com
Fr. Mark Brauer is the pastor of Our Lady of Sorrows Catholic Parish.  He was ordained to the priesthood on June 27, 1992 at Blessed Sacrament Cathedral by Cardinal Maida.  He was born in Detroit Michigan and is one of eight children born to Corinne and Joseph Brauer.  He is their sixth child, five boys and three girls.

This assignment is Fr. Brauer’s third since ordination more than 25 years ago.  Prior to this assignment he was Pastor of one of the first clusters in the archdiocese, St. Christine Parish and St. Gemma Parish, both located on the west side of Detroit.  He served the two parishes for ten years.   Fr. Mark’s first assignment was as an Associate Pastor of St. Ephrem Parish in Sterling Heights. 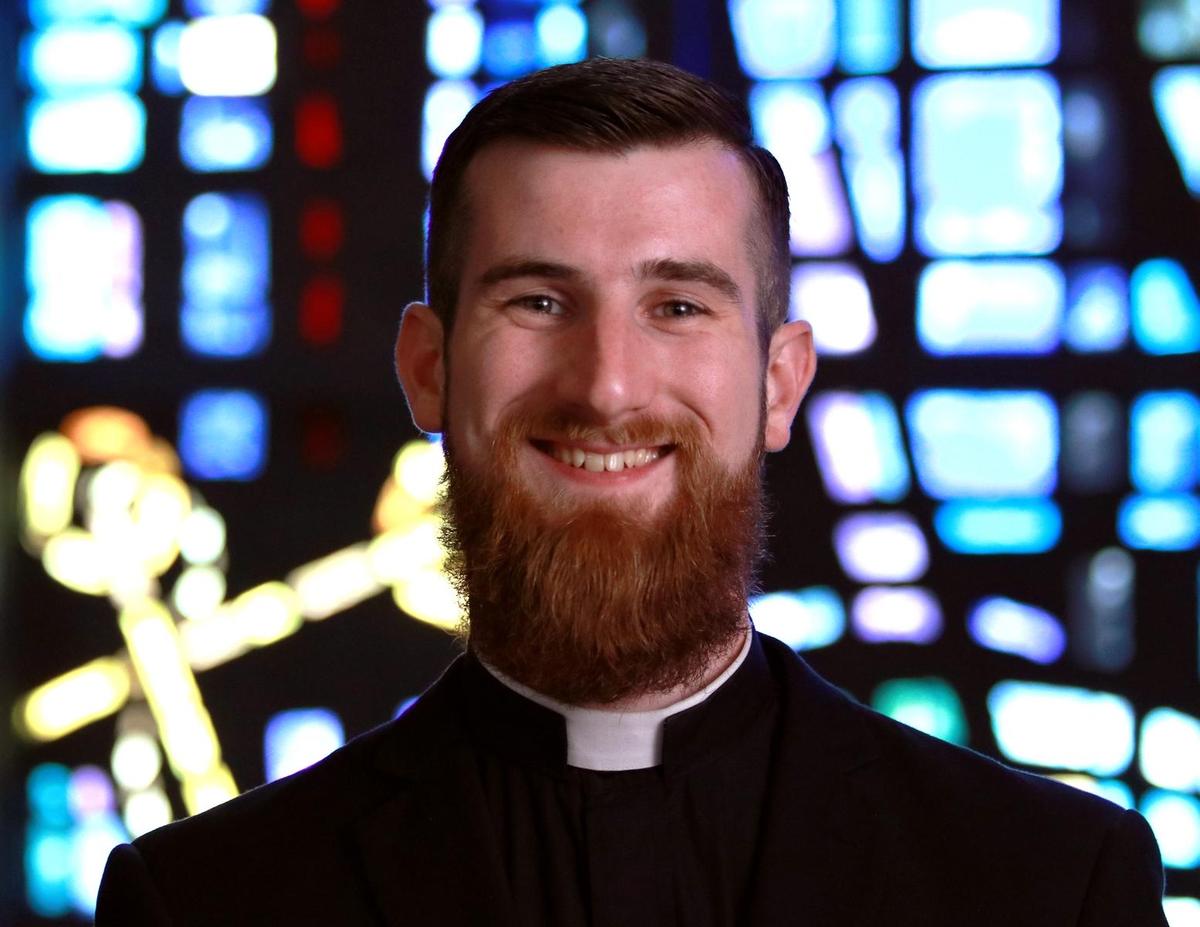 
Fr. Derik is from Livonia, MI and received the Sacraments at what is now called St. Mary, Cause of Our Joy Parish in Westland, MI.
His parents are Bill and Debbie and he has three siblings: Jane, Kevin, and Mike. He went to public school, graduating from Churchill High School in Livonia in 2009. Before entering the seminary, Fr. Derik attended Michigan State University. There he was a Big Ten medalist on the varsity track team and graduated with a bachelor’s degree in physics in 2013. While in college, he became involved with the campus ministry program at the nearby student parish. He participated in a priesthood discernment group, helped to form a men’s group and bible study, and worked as a ministry intern.The fall after graduating from MSU, he entered Sacred Heart Major Seminary. In 2015 he earned his undergraduate degree in philosophy and in 2019, completed his theology studies. He was ordained to the priesthood on June 8, 2019 at Blessed Sacrament Cathedral in Detroit. Our Lady of Sorrows is his first assignment as a priest. 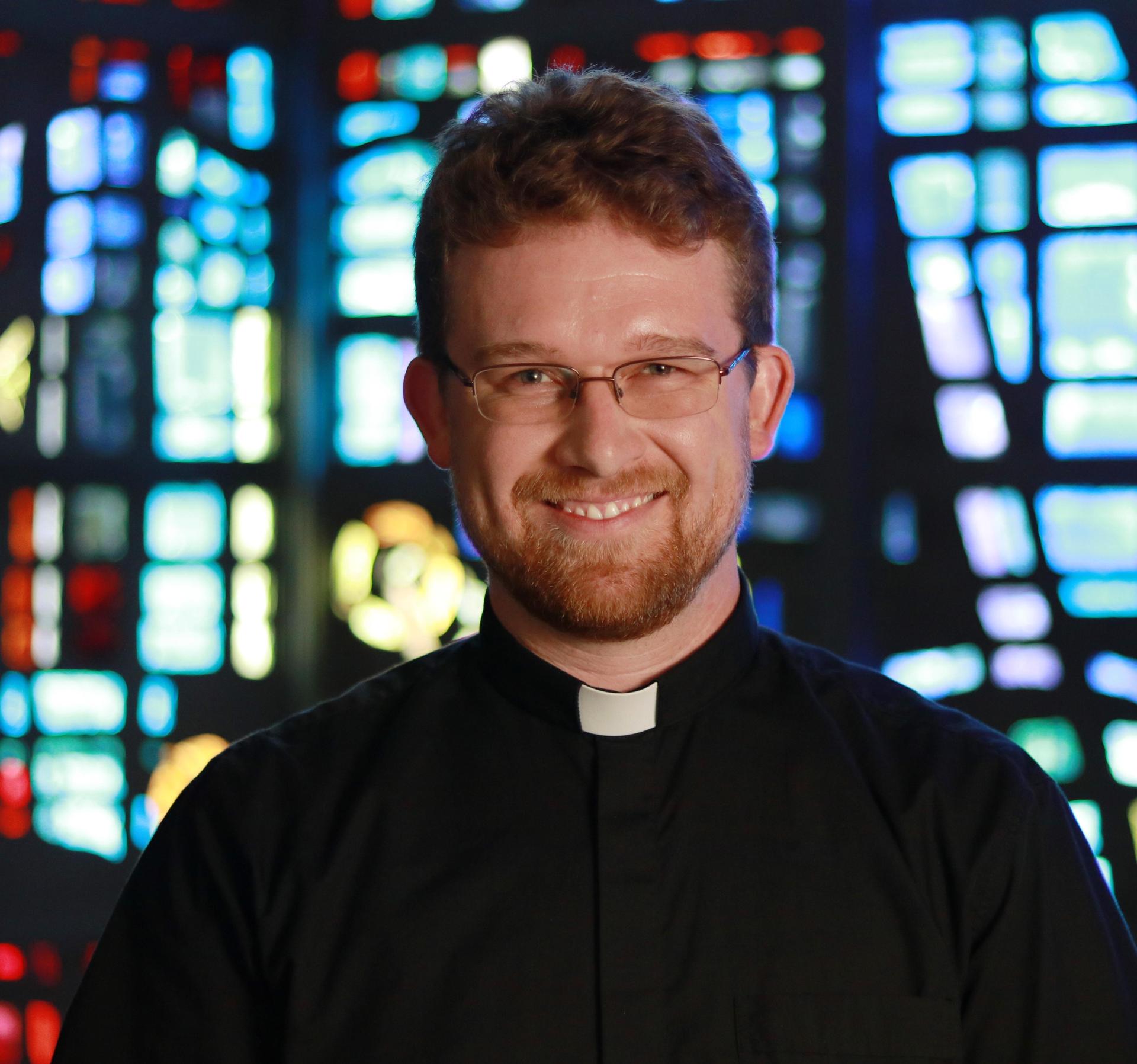 Rev. Dave Tomaszycki
Associate Pastor
248-474-5720
dtomaszycki@olsorrows.com
Follow Fr. Dave's PODCAST
Fr. Dave was born in Detroit, but originally hailed from St. Clair County, where he grew up for nine years outside of Marysville, and then 13 years outside of Marine City. Since 1990, his family have been parishioners at Immaculate Conception in Anchorville.  He heard the Lord's call at nine years old.
At 22 years old he went down to Ave Maria University in Florida.   During his first year at Ave Maria, he met the Lord, discovered His love, and fell in love with the idea of being a priest. Immediately after graduating from Ave Maria in 2010, Fr. Dave applied to seminary in the Archdiocese of Detroit and was accepted.  On May 14, 2016, he was ordained a priest.
His first assignment as a priest was at St. Linus in Dearborn Heights, for just the summer of 2016. He then returned to school for one more year of studies. In 2017, upon the completion of those studies, Fr. Dave was assigned to Our Lady of Good Counsel in Plymouth.  In July of 2020, Fr. Dave was assigned to Our Lady of Sorrows.